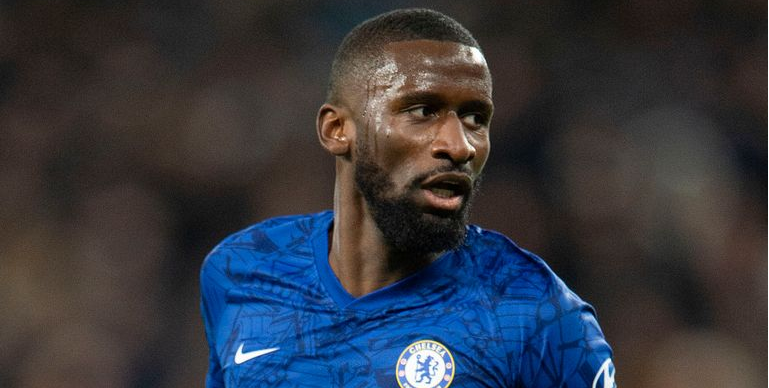 In the second half of the game, Rüdiger obstructed De Bruyne’s run towards goal, but not without inflicting serious facial injury on the 29-year-old.

Rüdiger, via Twitter, has said that it was “not intentional from me.”

“I’ve already been in touch with Kevin personally and I really wish him a speedy recovery and hope we can see him back on the pitch very soon again.”

De Bruyne himself had earlier revealed the exact diagnosis of his injury in a tweet that read: “Hi guys just got back from the hospital.

“My diagnosis is Acute nose bone fracture and left orbital fracture. I feel okay now. Still disappointed about yesterday obviously but we will be back.”

Although Rüdiger was yellow-carded for his foul on De Bruyne, Belgium’s head coach, Roberto Martínez, believes that the German defender ought to have been shown a red card by referee Antonio Mateu Lahoz, adding that “Rüdiger is very, very fortunate.”

“When you look at the replay,” Martínez pointed out, “there’s no clash of heads. He’s properly leaving the shoulder against Kevin. He seems concussed and we will see the state of that. But that leaves a sour taste, because Rüdiger’s holding his head [as if he too was injured] — it’s almost that he wants to show that he’s hiding something.

“For me, it was excessive force and it was reckless. And it should have been a red card. Kevin is not a player that goes down for no reason. You can see the pain and it’s a swollen eye.”

Although De Bruyne has left the hospital, his availability for EURO 2020 hangs in the balance and depends on how quickly his injuries heal, as Belgium’s opening Group B match takes place on June 12 where The Red Devils will slug it out with Russia at St Petersburg.