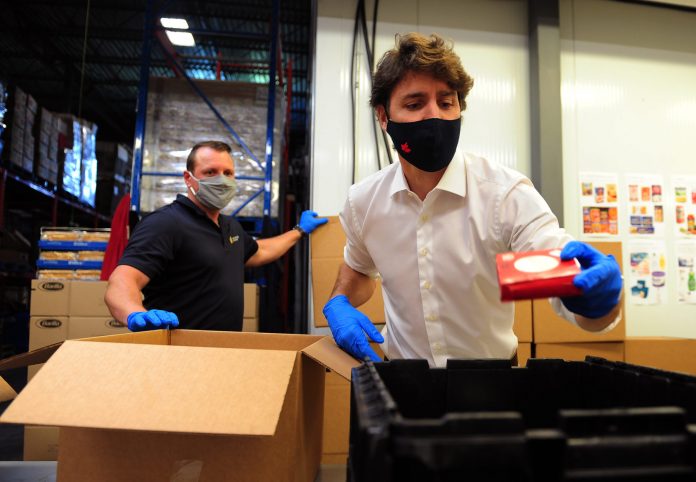 Canada’s ethics watchdog said Friday he has launched an investigation into Justin Trudeau, after a controversial contract to manage a major government programme was awarded to a charity with links to the prime minister’s family.
Conflict of Interest and Ethics Commissioner Mario Dion tweeted that he had “informed” Trudeau of the decision. His investigation is confidential and will be the subject of a report once it is completed.

The announcement came after the co-founders of WE Charity, Craig Kielburger and Marc Kielburger, said they were withdrawing from the programme, which they said had “been enmeshed in controversy from the moment of its announcement.”

Trudeau’s government had announced in late June that it was awarding the organization the management of the CAN$900 million (US$662 million) federal program, which provides grants of up to $5,000 to eligible students for volunteer work with non-profit organizations during the coronavirus pandemic.

Trudeau, his wife and his mother were all at one time or another invited as speakers by WE Charity. Their links to the group led opposition parties to suggest preferential treatment.

WE Charity’s decision to withdraw was “mutually agreed,” according to Minister of Diversity, Inclusion and Youth Bardish Chagger.

“This situation unfolded in a way that is truly unfortunate,” Trudeau said at a press briefing Friday.

He defended his involvement and that of his family with the organization.

“All my life I have been involved in supporting young people,” he said.

The Ethics Commissioner has already released two reports concluding that Trudeau violated the Conflict of Interest Act: in 2017, for taking a vacation on the Aga Khan’s private island, and last year for trying to influence legal proceedings in the SNC-Lavalin case, in which a subsidiary of the engineering company was accused of paying bribes to secure contracts in Libya.