By primateOctober 21, 2017No Comments1 Min Read
Facebook Twitter Pinterest LinkedIn Tumblr Email WhatsApp
Share
Facebook Twitter LinkedIn Pinterest Email WhatsApp
The Federal Government of Nigeria has secured an interim court order to freeze all accounts – corporate and individual – without Banks Verification Numbers.
The order was given by Justice Nnamdi Demgba of the Federal High Court in Abuja on October 18, 2017.
According to the document obtained by The Eagle Online, the suit was filled by the Attorney General of the Federation and Minister of Justice, Abubakar Malami, on October 17, 2017.
The interim order will come into effect 14 days after the names of the affected accounts have been published in national newspapers.
As at June 2017, out of the 97.57 million bank accounts in the country – corporate and individual (savings, currents and other forms of accounts), only 51.7 million have been linked to BVNs.
This means 45.87 million bank accounts, residing with commercial banks, are unlinked and as such are currently dormant.
With this development, up to N3 trillion may be forfeited to the Federal Government following the order.
Twenty banks, including the Central Bank of Nigeria, are covered by this order. 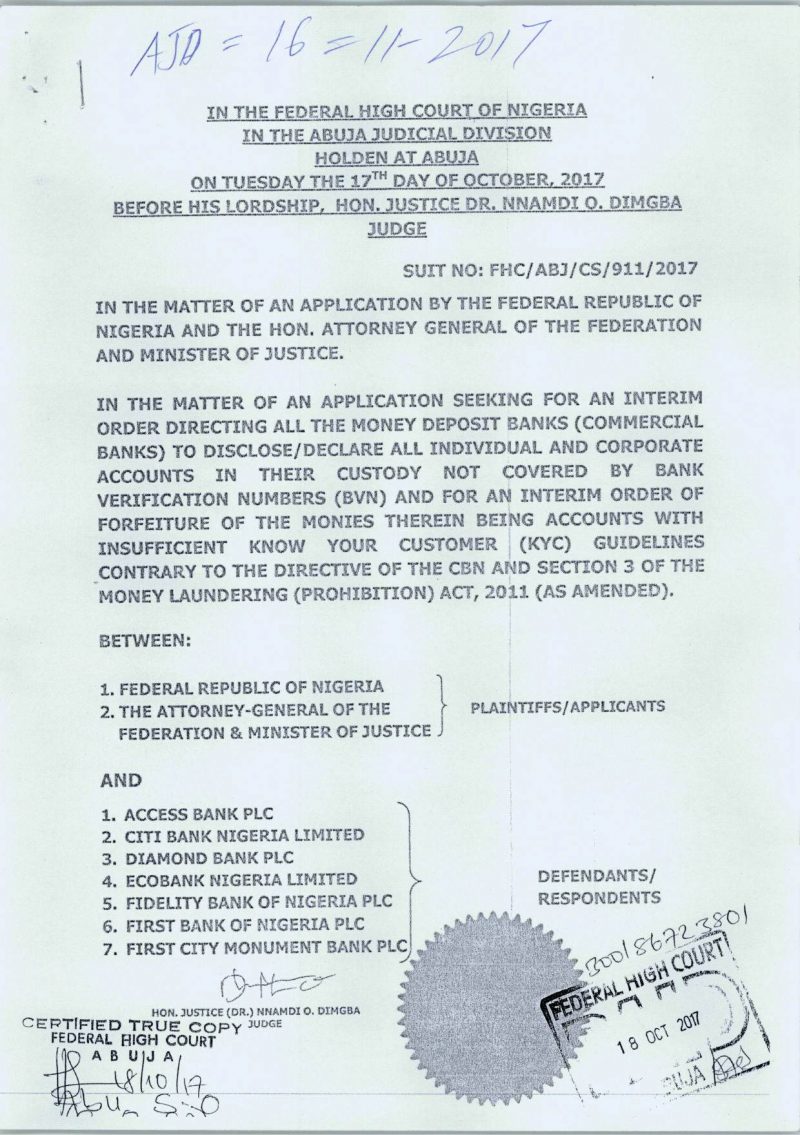 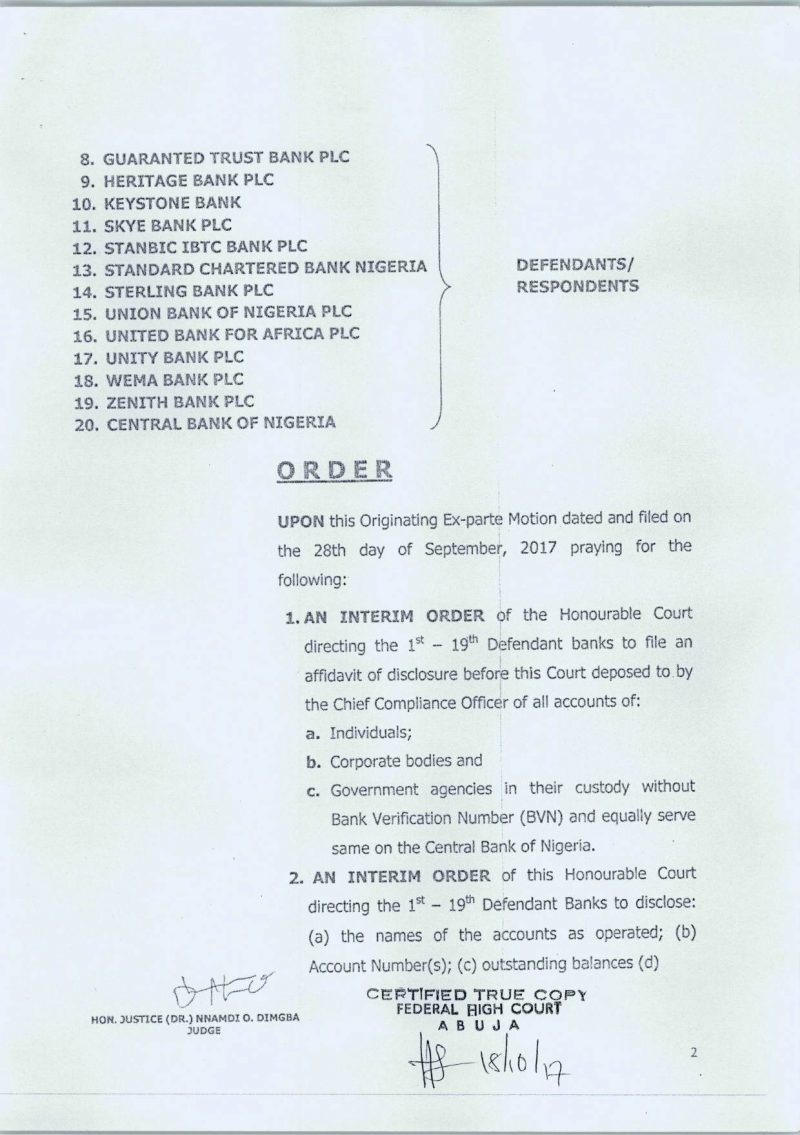 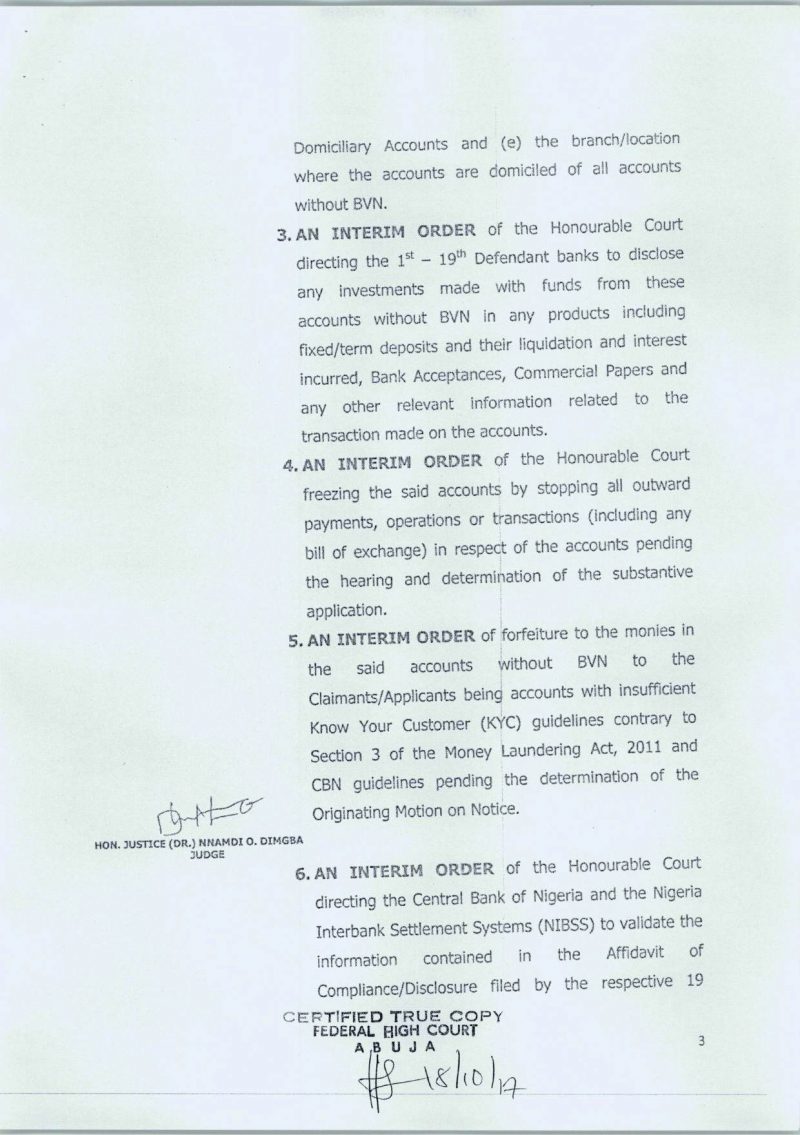 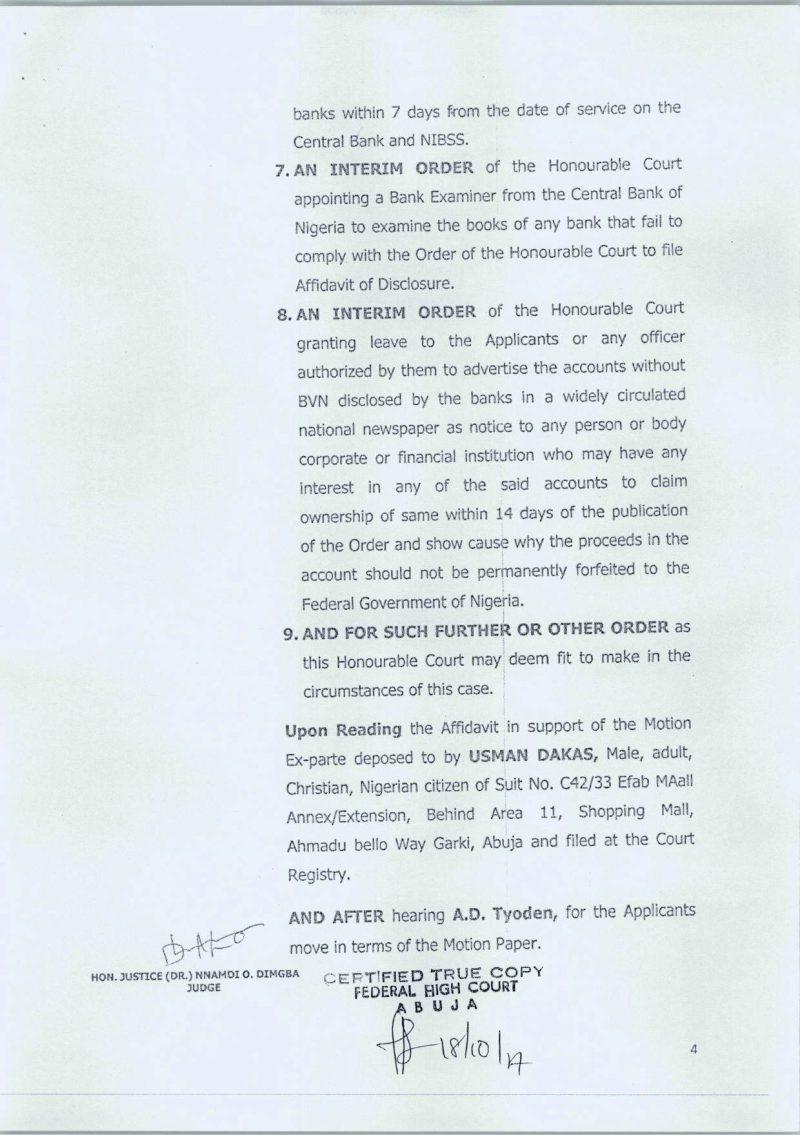 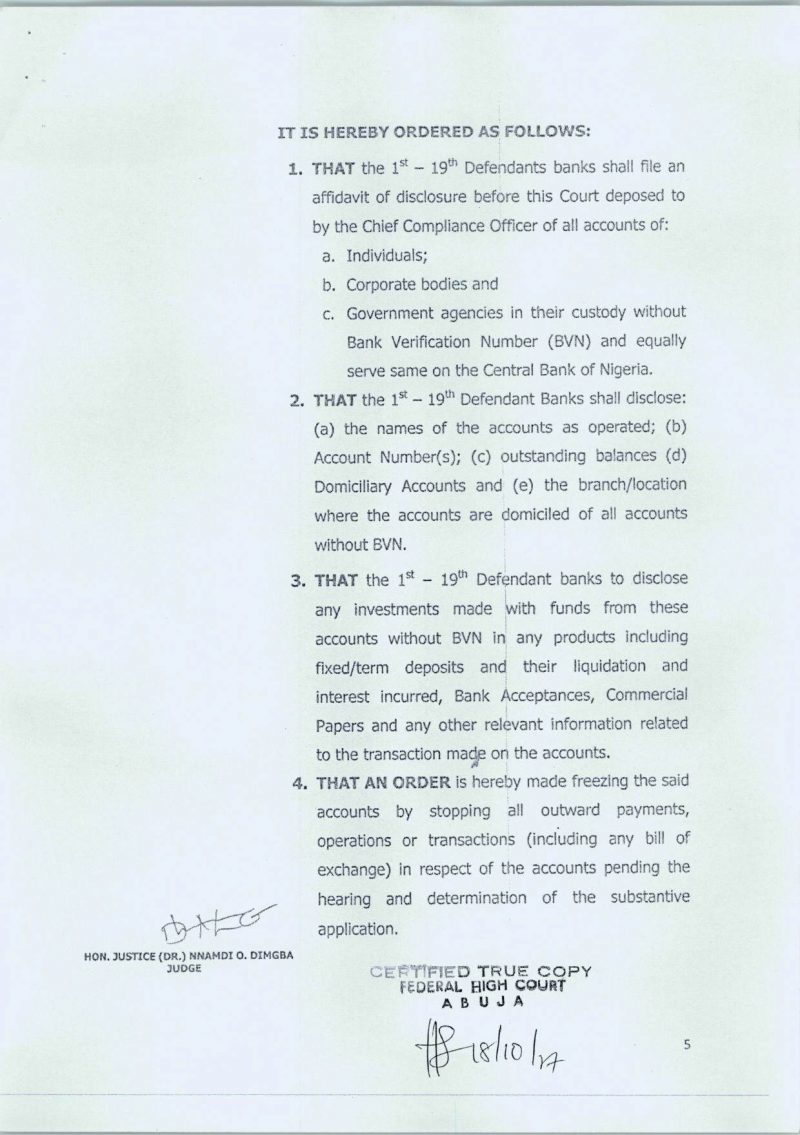 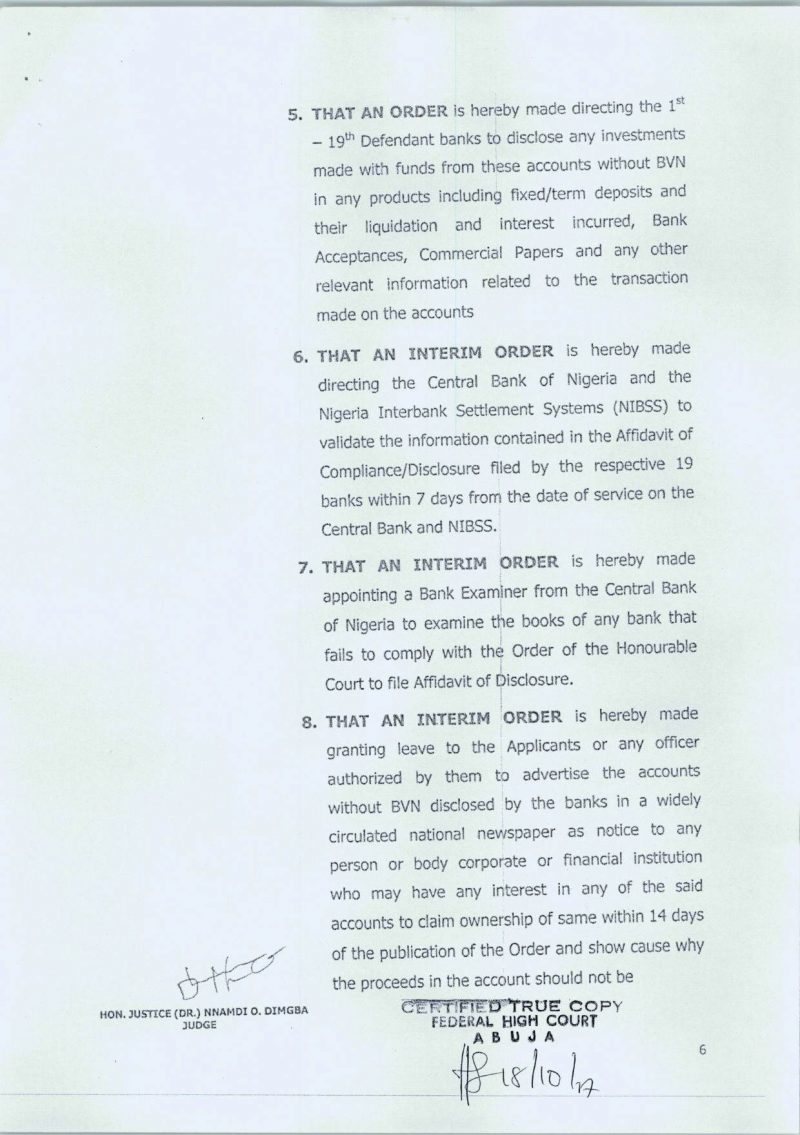 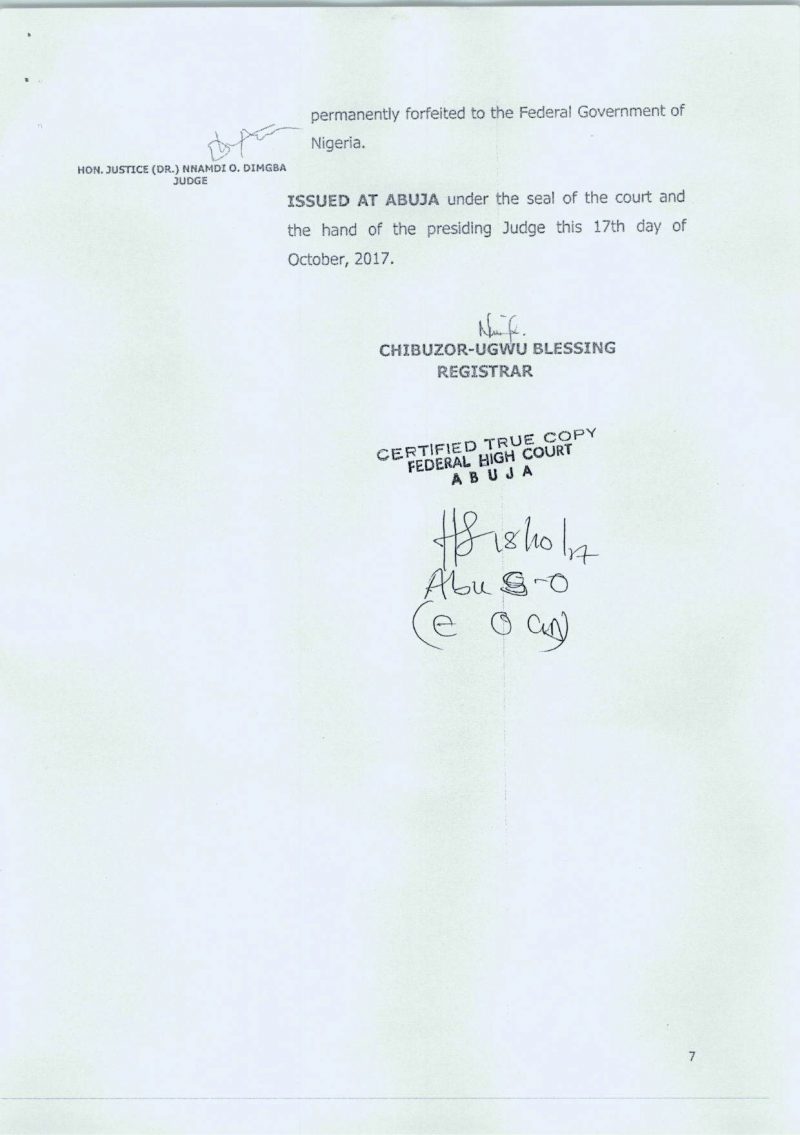