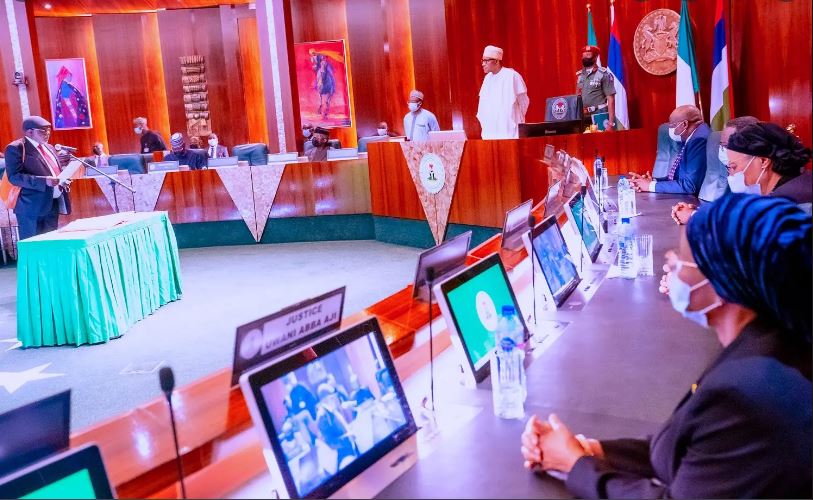 President Muhammadu Buhari has sworn in Justice Olukayode Ariwoola as the substantive Chief Justice of Nigeria. The swearing-in ceremony took place shortly before the kick-off of this week’s Federal Executive Council meeting. 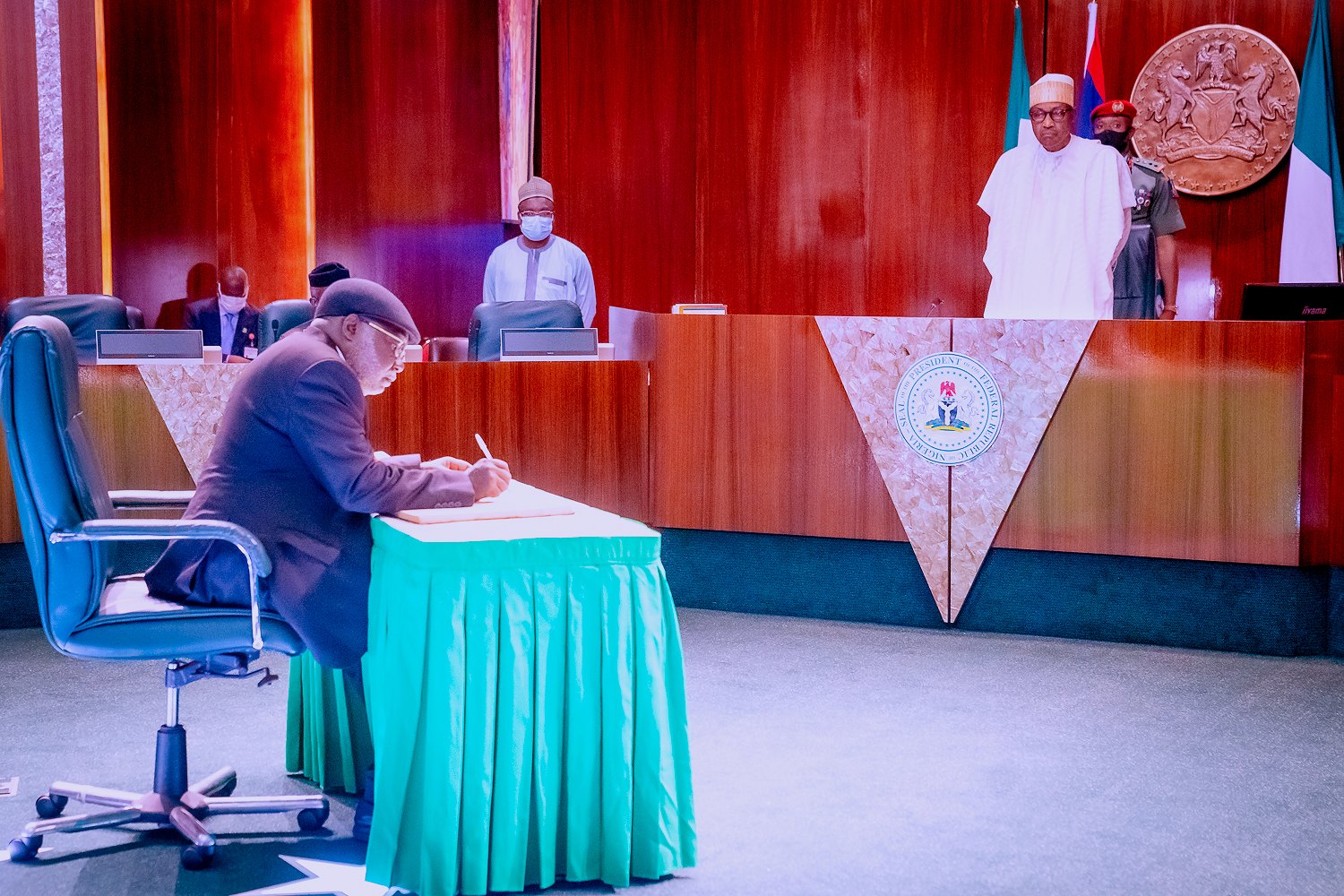 In attendance were Vice President Yemi Osinbajo, and Governors Seyi Makinde and Rotimi Akeredolu of Oyo and Ondo States respectively.

Witnesses to the ceremony included other Justices of the Supreme Court; the Secretary to the Government of the Federation, Boss Mustapha; the Head of the Civil Service of the Federation, Dr. Folasade Yemi-Esan; the President’s Chief of Staff, Professor Ibrahim Gambari and the National Security Adviser, Maj. Gen. Babagana Monguno (retd.), amongst others. 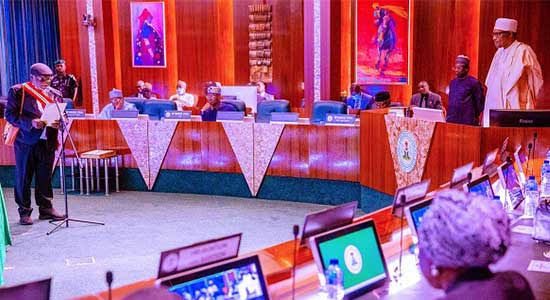 Ariwoola, who spoke to State House correspondents after being sworn in, urged politicians vying for various electoral offices in next year’s elections to allow the judiciary to function properly.

The new CJN also promised to pursue reforms at the apex court across several lines such as speed of justice delivery and welfare of judicial officers.

In his remarks, Governor Seyi Makinde thanked the President for Ariwoola’s confirmation, on behalf of the people and government of Oyo State.

Before the meeting commenced proper, the Council observed a minute silence in honour of former Minister for Special Duties and Chairman of the People’s Democratic Party, Vincent Ogbulafor, who passed away recently.