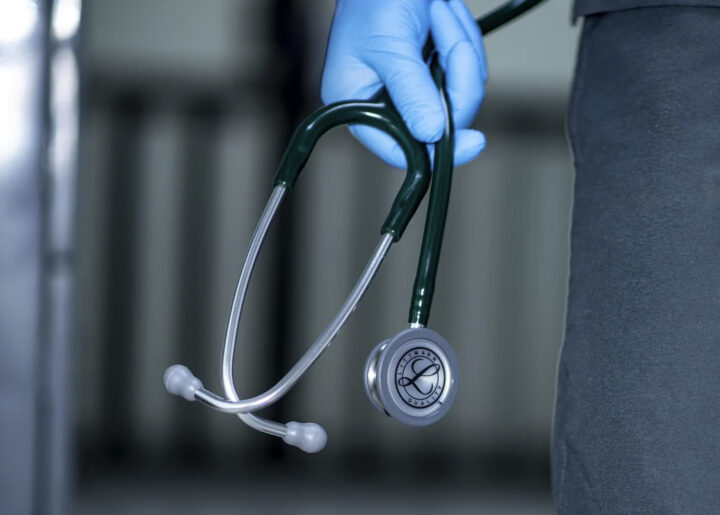 The Nigerian Medical Association (NMA) says the nation’s skyrocketing brain drain wave may culminate in the country resorting to hiring medical doctors to treat local patients in the future.

The NMA also warned that if urgent steps were not taken to fix the deteriorating situation, it may lead to the total collapse of the health system in the country.

The body also called for a state of emergency in the health sector with a view to holistically addressing the menace of pull and push factors, responsible for the mass migration of health personnel to Europe, America, the Middle East, and other African countries.

Fasunla stated further that the poor state of the government-owned hospitals in the country was largely due to poor funding.

He noted that the budgetary allocation to the health sector in 2022 was approximately 4.2 percent of the national budget.

According to him, the figure falls significantly below the recommendation of the African Union (AU) at the Abuja Declaration of a minimum of 15 percent. The situation, he said, was worse at the state level.

He said: “The infrastructure deficit is such that some of our hospitals spend a significant amount of their internally generated revenues on diesel to ensure power supply.

“There is a scarcity of funds to apply for equipment upgrade, manpower development or even recruitment of new staff.

“Many of our hospitals are grossly under-staffed. Even the process of replacing migrating staff is bogged down by a rigid and insensitive government bureaucracy.

“It is our plea to the government to commit more funds to the health sector so that the system does not collapse.

“Only healthy people can have the will and strength to contribute to the growth and development of a nation’s economy.

“Therefore, I call on well-meaning Nigerians, philanthropists, and non-governmental organizations to join hands with the government to improve the conditions of the health system in the nation, especially in Oyo state. It is obvious that the government cannot handle it alone.”

The Chairman, Medical Advisory Council, University College Hospital, UCH, Ibadan, Dr. Abiodun Adeoye, stated that the brain drain in the health sector should be treated as a national emergency.

Adeleye, who represented UCH Chief Medical Director, Prof. Abiodun Otegbayo, stressed the importance of the power of industrial harmony in the health sector towards boosting quality and robust healthcare in Nigeria.

He urged the health sector personnel to shun all forms of rifts that had been considered to be deleterious to the healthcare system.

Also speaking, Oyo State Commissioner for Health, Dr.Taiwo Ladipo, who represented  Gov. Seyi Makinde, noted that the brain drain syndrome had become an issue that should not be treated with levity.

He stated that the state recruited about 530 medical and health personnel within the last year, and 20 among them, including 12 consultants had left the services of the state government.

“We should look inward and ensure that the health system does not collapse,” he said

Issa presented the keynote address of the Chairman Senate Committee on Health, Senator Ibrahim Oloriegbe, on the theme of the scientific conference,

Oloriegbe stated that since the inception of the health insurance scheme, a total of 7,762,034, representing 3.88 percent of the 200 million population of Nigeria have enrolled in the scheme.

He said a lot should be done to increase the number of enrollees towards addressing the issues plaguing the country’s health sector.

Emeritus Prof. Oluwole Akande, a former Chief Medical Director, UCH, and chairman of the occasion, said that two factors were responsible for the brain drain in the country.

He identified them as pull and push factors, explaining that the pull factor encompasses the incentives being used by other countries to poach medical and health workers.

“The push factor refers to conditions of service, unfriendly environment, inadequate funding, and so on that have been forcing the experts to emigrate to other countries in search of greener pastures,” Akande said. (NAN)