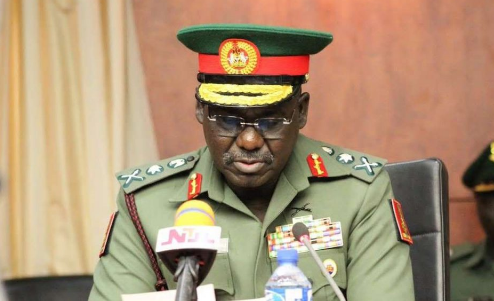 He also said a total of 116 Boko Haram informants were apprehended by the Nigerian military.

Burutai said this while speaking with journalists after meeting with President Muhammadu Buhari on Monday, NAN reports.

According to him, there have been tremendous achievements in the fight against the insurgents, adding that the intelligence corps along with the Department of State Services (DSS) and the Civilian Joint Task Force (CJTF), have worked very hard to achieve success so far.

Burutai said: “The troops are putting in their best, and that has resulted in the tremendous successes we are recording.

“The fight is still ongoing, and over 1,429 of these Boko Haram terrorists have been neutralised.

“We have also arrested over 166 Boko Haram terrorist informants, their spies, couriers on logistics and their coordinators in the villages, the towns and even the forest.