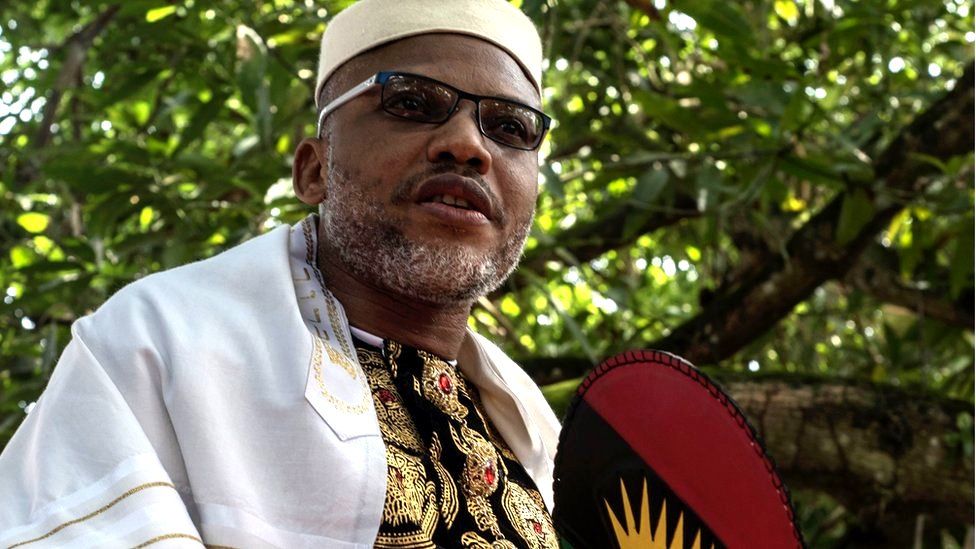 Nnamdi Kanu, leader of the Indigenous People of Biafra, IPOB, has reacted to the blockade of food stuff from the North to the Southern part of the country.

Kanu described the blockade as an act of war.

In a tweet, the IPOB leader wondered why President Muhammadu Buhari would allow such.

According to Kanu: “Nigerians know that the Fulani does not farm. Yet, it’s the Fulani that is blocking movement of farm products from North to South.

“Such blockade should be considered an act of war, yet the Fulani @NGRPresident tolerates it. If the South blocks oil and gas, they will levy a massacre.”

DAILY POST had reported that the Amalgamated Union of Foodstuff and Cattle Dealers of Nigeria (AUFCDN) had withdrawn the services of their members nationwide. They are asking the Federal Government to pay them a whopping sum of N450 billion as compensation for the killings of their members and losses incurred in the course of supplying foodstuffs and cattle to different parts of the country.

The union, which gave the government a seven-day ultimatum to compensate its members, also alleged the payment of multiple taxes in the course of the cross country supplies.

Following the declaration by AUFCDN, the Department of State Services, DSS, had invited leaders of the body.