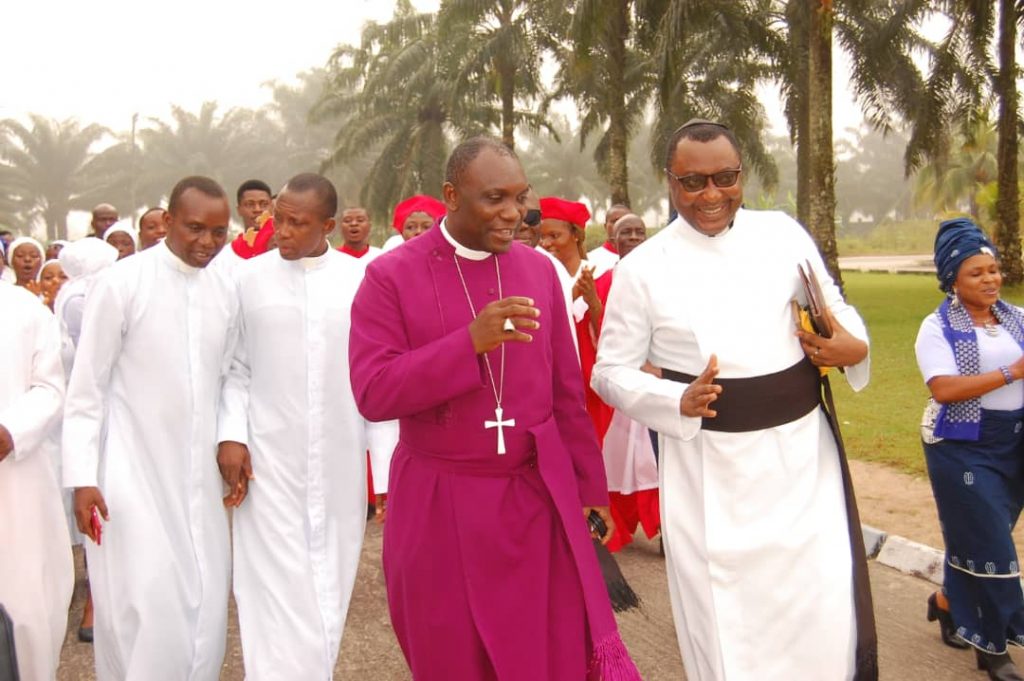 The bishop of Ughelli Diocese, Anglican Communion, Rt. Rev. Dr Cyril O. Odutemu JP had admonished Christians to fight the good fight of faith so that they can lay hold of eternal life, and obtain the crown of glory that God had set before them.

He said this during a sermon in the first ever Confirmation service at St. Peter’s Chapel, Ibru International Ecumenical Retreat Centre Agbarha Otor on the 22nd of December 2019. The bishop, who visited and officiated at the invitation of the management of the Centre, also admitted some new members to the Women and Girls Guilds.

Quoting from 1 Timothy 6: 12 -16 which says “Fight the good fight of faith, lay hold on eternal life, whereunto thou art also called, and hast professed a good profession before many witnesses,” the bishop   emphasized that only those who put on the whole amour of God will be able to fight the battle that is laid out before them in the course of their Christian race and become victorious. Speaking further, he hinted that a lot of trials and temptations await the Christians to test their faith in their earthly journey toward heaven. Therefore, it is expedient for Christians to live a life of purity and great dedication in other for them to emerge victorious on the last day. 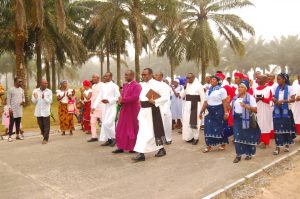 The bishop appreciated God and thanked the Rector of the Centre, Ven Dr Princewill Ireoba and his team for their initiatives in extending a hand of fellowship to him to conduct such an historic Episcopal function in the St. Peter’s Chapel for the very first time in her existence.  He remarked that the St. Peter’s Chapel is the only Church of Nigeria Chapel that could be singled out as belonging to the entire Communion because of her Central role and usefulness in the Church polity.

Before the confirmation proper, the bishop examined the candidates to be sure that they had received enough teaching in the Christian faith, after that they renewed their baptismal vows. The newly confirmed also partook in the sacrament of the Holy Communion the same day.

The members of Staff of the Ibru Centre and the worshippers of St. Peter’s Chapel, who came in their numbers, were full of excitement as they were opportuned to witness the historic event, being the first time a bishop was paying them such an Episcopal visit.  As a part of the activities earmarked for the occasion, the women of the Chapel came out in a grand style to entertain the bishop and his wife, Mrs. Ufuoma, with cultural dances with songs composed based on the scriptures.

Earlier, all members filed up at the Centre’s entrance to welcome the bishop and his entourage on his arrival at the Centre with songs of praise to God almighty for making the day a reality.

According to the Anglican Catechism, Confirmation is the rite in which candidates express their mature commitment to Christ, and receive strength from the Holy Spirit through prayers and the laying of hands by the Bishop.