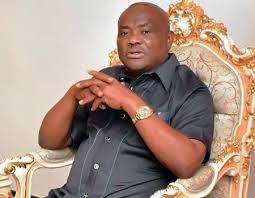 The National Working Committee (NWC) of the Peoples Democratic Party (PDP) yesterday appointed Governor Nyeson Wike of Rivers State as the Chairman of its Edo State Governorship Campaign Council, with Governor Ahmadu Fintiri of Adamawa State as his deputy.

Wike, who spoke to newsmen last night, expressed appreciation to the party for selecting him to lead the Edo campaign and said he was fully prepared for the job.

The governor declared: “I have accepted the job given to me by my party and I am fully prepared for the task. I have a mandate to ensure that PDP wins the governorship election. I must defend what is right. I am waiting for the council to be inaugurated before unveiling our plans.”

The PDP Edo Campaign Council has 76 members with Dr. Agbo Emmanuel as secretary.

The committee will be inaugurated on July 7 at the PDP National secretariat in Abuja.

Recall that the Caretaker/Extra-Ordinary National Convention Planning Committee of the All Progressives Congress (APC) had on Thursday announced Kano State governor, Dr. Abdullahi Ganduje as chairman of a 49-member National Campaign Council for the Edo State governorship election.

The PDP yesterday claimed the APC was planning to use Ganduje, Uzodinma and Governor Yahaya Bello of Kogi State to derail the September 19 Edo State governorship election.

A statement by PDP’s National Publicity Secretary, Kola Ologbondiyan said the party and, indeed, the people of Edo State were already aware that the three governors were selected by the APC to lead its campaign so as to force a combined formula of Kano and Kogi electoral violence, as well as Imo State mandate robbery to subvert the will of the people of Edo State in the election.

The PDP said it was pathetic that APC only had a person who suffered international shame after being seen in a viral video stuffing his robe with gratification, in foreign currency, to serve as chairman of its Edo State governorship campaign council.

He said, “It is equally contemptuous that such a person is being deputized by another individual, who has become a metaphor of electoral manipulation, after being so docketed by a judgment of the Supreme Court.

“It is also disgusting that a governor who deployed a Police helicopter to scare voters on Election Day has been mandated to deploy thugs and dangerous weapons through the northern borderlines of Edo State ahead of the election.

“Part of APC’s plot is to import election mercenaries as observers to attempt to scare the people of Edo state, suppress them and steal their mandate,” the PDP spokesperson stated. .

According to PDP, “Whereas our candidate, Governor Godwin Obaseki, enjoys the overwhelming support of Edo people due to his enthusing track record of personal character and performance in office for which even APC leaders have praises for him, the APC candidate has nothing to present to the people.

“Our party, in the strongest terms, cautions the APC to note that the ‘Gandollar, Supreme Court Governor and helicopter shooting’ formulas cannot work in this election as the people of Edo State have never been intimidated, suppressed, subjugated or overpowered by external political influences.”

PDP said that the APC should also note that the people of Edo State would spare nothing within the law in firmly resisting any attempt by anybody to import violence or try to manipulate the Edo election in any way.

In reaction to the PDP allegations, APC said PDP was intimidated by its formidable campaign structure put in place to ensure the success of the party and its candidate, Pastor Osagie Ize-Iyamu in the forthcoming September 19, Edo State governorship election.

The ruling party said that the PDP was “up to its usual, diversionary, baseless and theatrical allegations,” but added that it had no interest in rolling in the mud with the party and engaging the party in its “senseless” and “drunken tirade.”

The Deputy National Publicity Secretary of the party, Mr. Yekini Nabena, in a statement, noted that APC “is a party that fiercely advocates, practices and defends the principle of one person, one vote”, adding that come September 19 every valid vote must count.

Nabena stated: “Edo State is not dubbed the Heartbeat of the Nation for nothing. The Edo electorate is sensible, sophisticated and progressive. The focus of the APC is to display to the Edo electorate our pro-people credentials, infrastructure/development track record, social investments, wealth creation initiatives, among others, which are being replicated across APC states.

“We urge the PDP to concentrate on their deadbeat and empty campaign instead of the comic it has turned itself to. Edo is proudly an APC state.”

Meanwhile, ahead of July 20 governorship primary election in Ondo state, 11 aspirants are jostling to unseat the incumbent governor, Rotimi Akeredolu.

The submission of governorship forms ended on Thursday, with 12 aspirants, including the governor, battle ready to slug it out.

Meanwhile, the chairman of the Ondo State governorship screening committee of PDP, former Speaker of the House of Representatives, Yakubu Dogara, yesterday said two out of the nine governorship aspirants screened by his committee, were disqualified, but refused to disclose the names of those disqualified.

While briefing reporters on the outcome of the screening, Dogara said, “We analytically looked at all the claims made. All the documents submitted to us and I’m happy to announce to you that we have completed the assignment and provisional certificate of clearance has been signed by the committee.”

Dogara said the two governorship aspirants who failed the process of screening could appeal and state their case afresh.

Obi, Other Presidential Candidates Sign Peace Accord As Tinubu Was Absent