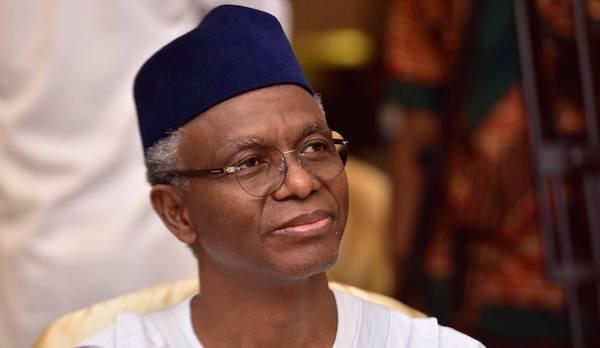 The parents and management of the Bethel Baptist High School, Maraban Rido, Kaduna State, have raised money to buy foodstuffs being demanded by abductors of the 121 students of the school.

A father of one of the abductees, who spoke to one of our correspondents on condition of anonymity on Thursday, said the school asked parents to pay any amount they could afford.

According to him, there was panic among the parents when they heard that the bandits threatened to starve the students if the items were not provided.

These came to the fore on Thursday that the bandits contacted the school management on Wednesday evening and specified the quantity of foodstuffs they wanted.

An official, who confided in one of our correspondents, said the bandits said the parents must supply 30 bags of rice, 20 bags of beans and 10 kegs of palm oil.

Recall that the bandits had, at 1am on Monday, invaded the school and kidnapped 121 students, who are mostly in Senior Secondary schools 2 and 3. The bandits contacted the school management and demanded food to feed the abductees.

The Vice-Principal of the school, Wakili Madugu,  during an interview on Nigeria Info Abuja 95.1FM on Thursday, confirmed the quantity of food the bandits were demanding.

Madugu said the gunmen rejected nine bags of rice as well as other food items offered by the school.

Madugu said he received a call at 7.30am on Tuesday shortly after the students had been abducted and was assured of their safety.

He further stated that the bandits said authorities had blocked their access to food and therefore demanded that the school and the parents make food items available.

Madugu, however, said the school did not have all the items demanded because it had exhausted almost all their foodstuffs ahead of the school’s closure this week.

But the father of one of the abducted students said the school had appealed to parents to donate money that would be used to buy the foodstuffs.

On Thursday evening, a source in the school said the foodstuffs had been bought and that the telephone call from the bandits was being awaited.

The source stated, “We are waiting for their (bandits) call now to know where they want us to deliver the foodstuffs to them.

Meanwhile, all parents would dress in black attire today (Friday) for a special prayer session that will last for four hours.

“There will be special prayers tomorrow and all of parents are going to wear black attires to last for four hours,” he said.

Meanwhile, the apex socio-cultural organisation in the North, the Arewa Consultative Forum, has said it has become helpless in the face of growing insecurity in the region.

It said while it was not opposed to dialogue as a way of seeking for a solution to the banditry and sheer criminality in the North, it was totally against the payment of ransom.

Publicity Secretary of the ACF, Emmanuel Yawe, said this in a telephone interview with The PUNCH, in Abuja, on Thursday.

He said, “These abductions have certainly taken a toll on not only education but also the economy of the North. As a group of patriotic Nigerians who are northerners, it is glaring to everyone that the fact that we have a President from this region, we are not having the best of times.

“We believe in dialogue because a sizable number of the people doing this are Nigerians. Let us treat those involved in crime the way criminals are dealt with, those with genuine cases who desire to be heard should be heard.

“What is happening has affected us badly. Parents are no longer taking their children to schools; farmers no longer go to the farms for fear of being killed or kidnapped.

“Sometimes we wonder whether the President or the Presidency read our statements because nothing appears to have changed.

“There was a time Mr President said the kidnapping we saw the last time was going to be the last but since then, kidnappings have increased, we are really afraid of what is happening to the north.”

Asked what the ACF was doing or planning to do to stem the tide, he said, “We don’t control the army, police or any of the security services. All we can do is to continue to draw attention to the problem. There are people elected to deal with such issues, we expect them to rise to the occasion.

“We also expect the military to step up intelligence gathering because it beats the imagination that 200 or 300  people will move from one point to another on motorcycles to kidnap school children and disappear into thin air.”

Also on Thursday, the Federal Ministry of Education said the rescue of the 348 students still held in captivity  was the responsibility of security operatives.

It was earlier reported that no fewer than 348 students were still being held by bandits.

Out of the 348 students, three categories numbering 227 had been languishing in bandits’ dens many weeks after they were abducted from their schools in Niger, Kebbi and Kaduna states.

Different organisations such as UNICEF, UNESCO had expressed worry over the increased abductions with pressure groups such as the National Union of Teachers calling for the resuscitation of Safe Schools Initiative Programme to end the spate of abductions in schools especially in Kaduna state.

However, the spokesperson for the Federal Ministry of Education, Ben Goong, who spoke in an interview with the media said it was the exclusive duty of security agents to rescue the victims.

“We are all sad, worried and we understand that the parents are mourning, however, we can’t do anything about it.

“Security operatives are already aware and we can’t say this is what we are doing because we don’t know the plans of the security agents. It is their duty and not our”.