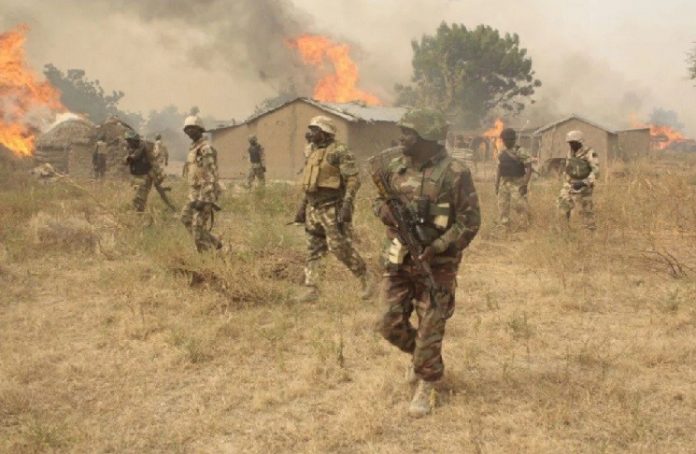 The Air Task Force of the Operation Lafiya Dole, has destroyed facilities Housing Boko Haram leaders in Bulawa, at the fringes of the Sambisa forest, the Nigerian Military has revealed.
The fighter jets dispatched for the operation, according to a statement by the Coordinator Defence Media Operations, Major General John Enenche, scored accurate hits and destroyed the structures.

Many of the terrorists were also killed by the airstrike, the statement also disclosed.

According to the statement, “the Armed Forces of Nigeria, through the Air Task Force of Operation Lafiya Dole, has destroyed compounds housing Boko Haram Terrorists’ (BHTs’) leaders at Bulawa on the fringes of the Sambisa Forest in Borno State.

“The airstrikes were executed on 21 April 2020 based on credible human intelligence reports as well as Intelligence, Surveillance and Reconnaissance missions that led to the identification of the target compounds within the settlement”.

It added that, “fighter jets dispatched by the Air Task Force to take out the compounds scored accurate hits in the target area leading to the destruction of some of the structures as well as the neutralization of some of the terrorists occupying the compounds. Boko Haram fighters, who attempted to reposition to engage the attacking aircraft, were mopped-up in follow-on attacks by the jets.

“The Armed Forces of Nigeria, in furtherance of the objective of restoring peace and security in the North East, will sustain the offensive against the enemies of our Nation”.