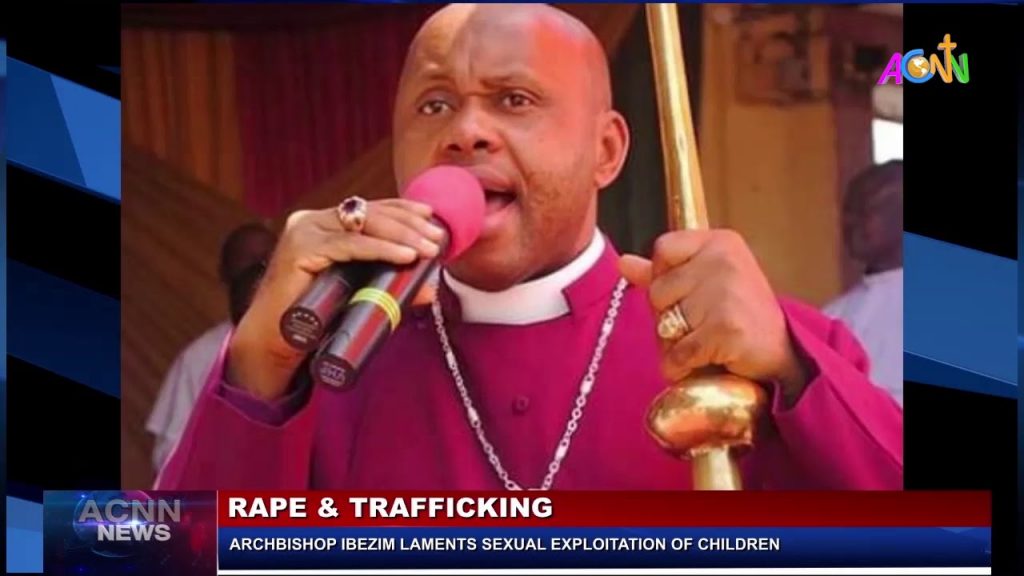 The Archbishop, Ecclesiastical Province of the Niger, and Bishop of Anglican Diocese of Awka, the Most Reverend Dr Alexander Ibezim, has lamented the increasing rate of sexual exploitation of children in the country. He also expressed sadness over the trafficking of young girls to places where they were forced into prostitution, child labour and other abusive treatments by criminal-minded elements in the society.

The cleric’s views were contained in a statement during his sermon to mark the 2020 Children’s Day and Anglican Children Ministry [ACM] Sunday which was also the Pentecost Sunday. He called on the government at all levels and its agencies to step up fights to end the evil being perpetrated against children especially young girls.

Archbishop Ibezim described men who engage children in prostitution as heartless beasts who are not worthy to live among honest and God-fearing people. He, therefore, warned parents to be mindful of companies their children keep to safeguard them from sexual slavery and prostitution which could endanger their lives and badly affect their future.