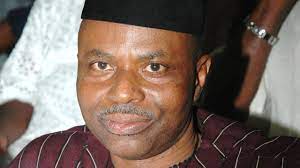 TOP notch of the All Progressives Congress (APC) are believed to be wooing a former governor of Ondo State, Dr Olusegun Mimiko, to defect to the party, in a buildup to the 2023 general election.

The overtures towards the fifth civilian governor of Ondo State comes against the recent defection to the APC of two governors elected on the ticket of the Peoples Democratic Party (PDP), Dave Umahi of Ebonyi State and Ben Ayade of Cross River State.

Dr Mimiko is currently in the Zenith Labour Party (ZLP).

A source within the APC told the media that the party was making effort to bring Mimiko on board, to further boost its fold in the march towards the 2023 elections.

Coupled with that is the claim that some forces want Mimiko in the APC to play a dominant role, because the views of incumbent governor, Rotimi Akeredolu, on national issues had ruffled some feathers in the seat of power.

“From the look of things, our man (Aketi) appears not to be on same page with the Villa, owing to his recent stance on certain national issues.

“So, we are working hard to ensure the former governor joins us because we cannot afford to toy with any state in the South-West,” the source claimed.

Nigerian Tribune also gathered that APC leaders might have met with the former governor during his recent visit to Abuja.

Ondo State Commissioner for Information and Orientation, Donald Ojogo, however, dismissed claims of a cold relationship between Governor Akeredolu and the Villa. “It’s a good thing if those who left the party or even willing ones are coming to join the party. But the slant that Governor Akeredolu’s stance on some national issues is responsible for the search for fresh frontiers is dismissible.

“Whatever position he has taken in the past or would take on national issues can only be propelled by altruism and patriotism. So, if anyone finds opportunity under such cover to blackmail the governor as being at loggerheads with the Villa, it will be unfortunate,” he said.

The media assistant to the former governor, Mr John Paul Akinduro, denied any meeting between APC leaders and Mimiko.

He said “though I was in Abuja with him, but I’m not aware of any meeting with any of these APC leaders. There is every possibility that there was an exchange of pleasantries but it is certainly not about joining APC.”