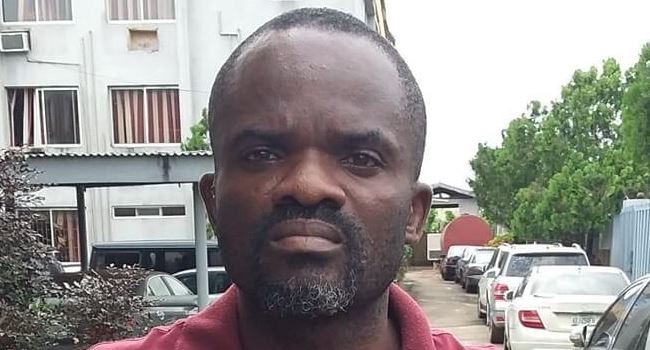 The Benin Zonal Office of the Economic and Financial Crimes Commission, EFCC, has arrested a staff of First Bank of Nigeria Plc, Philips Orumade, for allegedly stealing N18 million from the bank.

Orumade, who was said to be in charge of ATM gallery keys at Aduwawa branch of the bank, on November 3 , 2019 allegedly disappeared with the said amount and efforts to trace him proved abortive.

According to the bank, the suspect was captured by the CCTV footage, walking into the ATM gallery, before using a nylon bag to cover the CCTV. The suspect has been on the run and was recently apprehended in Lagos.

According to the commission, he has made useful statements and will soon be charged to court as soon as investigations are completed.

It would be recalled, that a customer care officer with First Bank Plc, Larry Ehizo, was arrested over the robbery attempt on the Mpape, Abuja Branch of the bank.

Ripples Nigeria had reported that some armed robbers had on Saturday, December 28, stormed the bank in Mpape area of FCT, but they were resisted by a combined team of policemen and soldiers.

One suspect was reportedly killed in the face off with security operatives, while four others were arrested.

Ehizo, a political science graduate, who was a staff of the bank, confessed when paraded before newsmen, that he started planning how to hit the bank since October 2019.

Also, a customer relationship manager with the same First Bank, Kehinde Adewuyi, was arraigned last year before an Igbosere Magistrates’ Court for allegedly stealing the sum of N52 million from the bank’s account.

The suspect, a 36-year-old, was arraigned on three counts charge bordering on stealing and forgery.