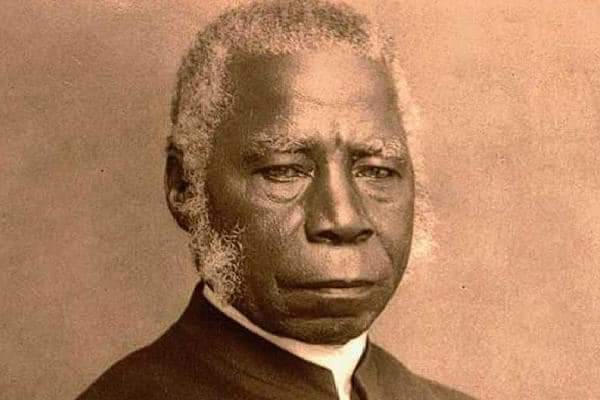 The 27th day of July every year marks the CMS Niger Mission Anniversary. It is usually a special occasion for reflecting on the arrival cum advent of the church and Christian faith, where the civilization of Igboland started, where she is now, and where she is going. Igboland was as put in the Holy Bible, “the people living in darkness have seen a great light; on those living in the land of the shadow of death a light has dawned.” Similarly, through the arrival plus advent of the christian faith, the almighty God “enlarged the nation & increased their joy; they rejoice before you as people rejoice at the harvest.”

THE CHURCH MISSIONARY SOCIETY(CMS)
The CMS was founded in 1799 for the purpose of going to spread the gospel message overseas. But the move to Nigeria was made when Henry Venn was the CMS Secretary (1841-1872). The society for the extinction of slave trade & civilization of Africa was formed on 1st June 1840. This society brought together in Great Britain those who were interested in Africa & acted as pressure group to the Government. Such individuals came together in Christian faith and communion to be called “CHURCH MISSIONARY SOCIETY”. They were predominantly white men and women. They left their father lands as “merchants of the Gospel”. Most of them died natural deaths, some were cannibalized, etc. Their missionary expeditions suffered great setbacks and hazards until some young African ex-slaves were included and introduced to join the team.

On arrival, the team were recieved, welcomed and settled in Onitsha by Obi Akazua, on 27th July, 1857. Hence, Anglican Church became the first church in Igboland. Christ Church, Onitsha, and St Christopher’s Church, Onitsha, are historic churches in Igboland as long historical events and facts are concerned. Anglican church was benevolent and magnanimous in welcoming the Roman Catholic Church to partner with her in the missionary activities, and in that spirit of brotherhood, she allotted to the Roman Catholic church the geographical lication where her headquarters is presently in Onitsha.

THE RT. REV SAMUEL AJAYI CROWTHER
The CMS and the missionary work in this part of the world centres around the a Yoruba ex-slave, who was picked up, baptized and grew up to become Bishop Samuel Ajayi Crowther. He was the man whom God used to pioneer this work and coordinate the missionaries and their activities. He was ably assisted by young Igbo ex-slaves who were all converted and trained in Sierra Leone. They included Rev JC Taylor, Simon Jonas, etc. These were the men on the ground, who laboured for the planting of the gospel seeds among their own people, in the very language and manner they understood, while Bp Crowther, as their principal leader, coordinated and supervised the entire enterprise.

ANGLICAN CHURCH AS THE FIGURE-HEAD OF NIGERIAN CIVILIZATION
The result of the pressure on the Government, as mentioned above, was the 1841 expedition in which three ships were sent to the Niger, the mouth having been discovered by Richard Lander. Among the members of the expedition were Rev. J.F. Schon, a German missionary of

the CMS, & a young Catechist, the freed slave, Samuel Ajayi Crowther, Simon Jonas, among others. They introduced trade & model farms as well as Christianity. In Freetown, Sierra Leone there were former slaves who were familiar with the language of d Niger Area. They were drafted to the team.

In 1857 Rev Samuel Ajayi Crowther led the CMS team for the Niger Expedition. With him were Rev J.C. Taylor, Catechist Simon Jonas, & Augustus Radillo, all of them born of Igbo ex-slaves resident in Sierra Leone. The team landed at Onitsha on July 26/27, 1857. The Roman Catholic Mission, RCM, arrived in Onitsha 28yrs later (1885).

The actual work of evangelism & planting of Christianity in Igboland was spear-headed by Rev J.C. Taylor. Crowther only player a supervisory role. For the mission in Onitsha, & indeed Igboland, to succeed they insisted on the study of the language of the people & the coining of the Igbo alphabet, as this would enhance the relationship between the missionaries & the indigenes. Again it will nable Taylor to teach by visit & conversation.

THE ROLE OF THE CMS MISSIONARIES IN HUMAN CAPITAL DEVELOPMENT
Human capital development was among the the major achievements of the CMS Missionaries. This was initiated through the coining of the Igbo alphabet. They tried to formulate it alongside the English alphabet, but some Igbo accent could not be found in the English alphabet. This led to having such compound letters as ch, gh, kp, sh, gw, kw, nw, ny. There are also the letter ň and o with a dash or dot at the bottom. Likewise, such letters as c, J, q, and x in the English alphabet did not find a place in the Igbo alphabet. In the end what we have below formed the foundation of the Igbo language in prints.

From this foundation the CMS started to build the Igbo grammar by marging each consonant with each of the six vowels to give: ba be bi bo bô bu, up to
za ze zi zo zõ zu.

From this stage again they went on to short stories & full page stories. This gave birth to the 1st ever printed book in Igboland known as “AZU NDU.” It was so called in d belief dat d Word of God has been planted in Igboland and, like every plant on a fertile ground, & with green leaves on It, it has germinated and will continue to grow, hence the name: Azu Ndu, meaning: “Green Back Cover.” & not “Azù Ndù,” (Fresh Fish) as many have grossly & ignorantly interpreted it to mean.

The first ever printing machine and the chain that anchored the Missionaries’ ship called THE DAYSPRING, are still lying and found as part of the archival gospel artifacts at Christ church, Onitsha till date.

After successfully printing the “Azu Ndu” the missionaries & the early graduands such as Rev. George Nicholas Anyaegbunam, the first Igbo ordained Clergyman and many others want ahead to work on translating the Bible into Igbo language, which has now deeply rooted in the land. Their efforts gave birth to a complete Igbo version of the Bible in 1913. ARCHDEACON Dennis of the famous DMGS played a very distinguished role in the translation work & it’s printing. I need not bother us with names of the other people in this noble work to bring the Word of God to us in our own native tongue. The communication of the gospel in the native dialect and lingua franca of the people and conversion of the local natives contributed phenomenally in the consolidation of the Christian faith in Igbo land.

The Missionaries built schools for the development, emancipation and enlightenment of the mental and intellectual capacities and faculties of the people. The schools included primary, secondary and tertiary institutions, scattered all over the Eastern Nigeria and beyond. Some of these schools were called Grammar schools, Vocational schools, Colleges, etc. The result of this effort is obviously commendable and has continued to benefit the people, the land and the wider society.

ALTERNATIVES TO CANNIBALISM
It might interest you to know that the CMS missionaries in their bid to stop slavery and cannibalism in Igboland travelled to different parts of the world in search for food crops/plants suitable for d West African climate which will equally be good for African trade. The search yielded positive results in that almost all the staple food items we enjoy today were brought into the country by the CMS missionaries. The following are some of the food items & their countries of origin.

CONCLUSION
The mission of the church is to: proclaim the Good News of the kingdom to all & Sundry; teach, baptize, & nurture new believers to Christian maturity; respond to human needs by loving service – welfare; and seek to transform the unjust structures of our society.

The whole world and Eastern Nigeria is a mission field considering the anger, hunger, injustice, fear, etc, still prevalent in the environment. It is still a society a grossly polluted and endangered with irreparable damages caused by mankind. It is still a world governed by many false gods; a world that pays little or no heed to the God the Father, the Son and the Holy Spirit; a world which struggles for justice, integrity & peace; a world which has to contend with militancy and terrorism. This appears to be the order of the day, as it is in the local & international news on daily basis. The preaching and spreading of the Holy Gospel therefore continues to be the primary commission, task and mandate of the Christian Church.