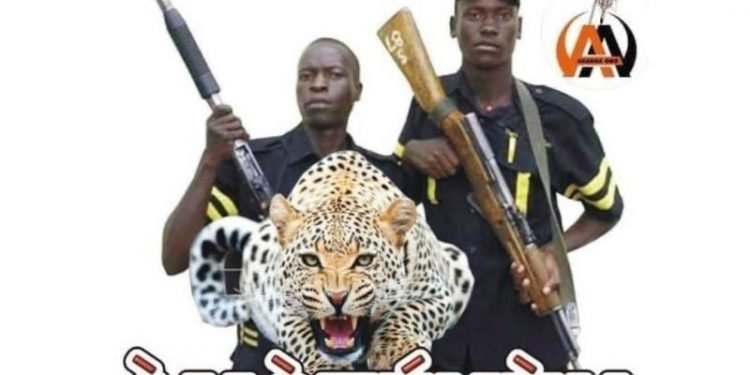 A member of the Oyo State Security Network also known as Amotekun Corps has shot a police officer in Oyo town.

DAILY POST gathered that the police officer, Mr. Fatai Yekini was shot by an Amotekun Corps member identified as Ibrahim Ogundele at the Sanga area of Oyo town on Saturday.

Ogundele is a male officer working with the Amotekun Corps at Isale-Oyo area while Mr. Yekini is a Special Police Constabulary attached to Ojongbodu police station.

A source told newsmen on Sunday that Yekini was shot on his left leg at a very close range, around 3:00pm on the 2nd January 2021.

The source said Yekini was taken to the Oyo State General hospital in the Owode area of Oyo.

As at the time of filing this report on Sunday, the police officer is reportedly still receiving treatment at the hospital.

Fadeyi told newsmen on Sunday that the incident happened when the police officers at Ojongbodu Division were responding to calls to dislodge some youths who were staging a carnival. He added that the Amotekun Corps member has been detained at the police station for further interrogation.

Fadeyi said, “Yes, this happened when the Police personnel at Ojongbodu Division, Oyo were responding to calls to dislodge recalcitrant youths staging a carnival after several warnings that such should not be staged.

“The Amotekun personnel has since been arrested and currently being investigated at Ojongbodu Police station.”