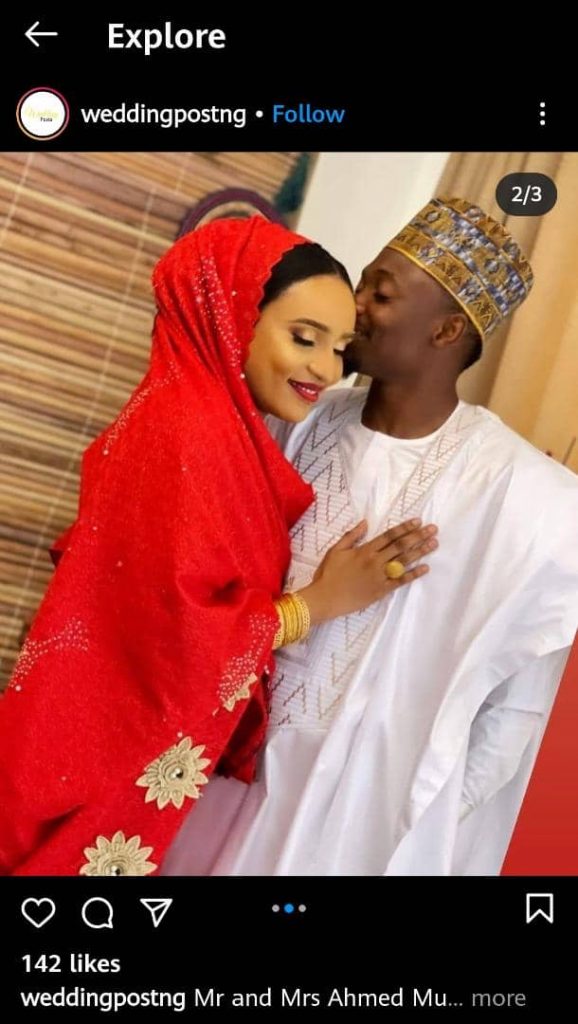 Super Eagles captain, Ahmed Musa has taken a third wife after coming back to play for Nigeria Professional Football League side, Kano Pillars.

Musa whose contract with Pillars allowed him to take a leave for another club at anytime could be heading for retirement anytime soon with the decision of marrying the third wife.

Photos circulating on social media showed the ex-Leicester City star with his new bride by the name, Mariam.

Musa’s marriage with his first wife, Jamila a mother of two children, ended in 2017, he then took another wife, Juliet, in 2017 and they have been together since then until today.

Mariam is now officially Musa’s 3rd wife. Although the couple is yet to officially make it public but the pictures circulated on social media seem to confirm it.