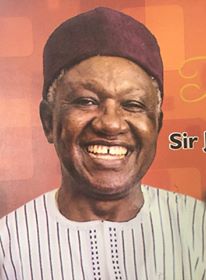 Justice, equity and fairness are veritable ingredients for peace and amicable human co-existence. Human frailties account for the neglect of these essential existential ingredients which in turn lead to agitations and disharmony.

But where love and understanding abide, issues are quickly identified and addressed in order to promote peace and harmony, as they engender collective growth and development. However, when issues are ignored or swept under the rug, they continuously rear up their ugly heads and metamorphose into hydra-headed conflicts that are more difficult to confront or handle.

As Nigeria is currently enmeshed in unprecedented insecurity and disharmony, it is pertinent we address some subtle but far-reaching matters, grossly dismissed, but resentful to many as unjustifiable, unfair and punitive.

The government policy on admissions into institutions which border on discriminatory standards based on differential cut-off marks for states of the federation is a case in point. When State A is allocated a higher cut-off admission mark than State B, how justifiable and fair is it that applicants from State A, but born, resident and schooling in State B are considered on the higher cut-off mark allocated to their state of origin, State A, a state they had never stepped into? Meanwhile candidates from State B but resident in State A with a higher cut-off mark are considered based on the lower cut-off mark of their state of origin. This does not make academic sense or reasonable logic. But Nigeria has continued to abide with this unjustifiable education policy.

This is a policy parents from the South whose children school in the North, find particularly unfair and unjust, as their wards suffer admission limitations arising from the discrimination explained earlier. But this has been going on over the years unchecked and uncertified. This is the time for the Education ministry to rectify this anomaly so that Nigeria can begin to disabuse all minds harbouring other glaring evidences of injustice, unfairness and inequity, prevalent in their states or zones. The time is now.