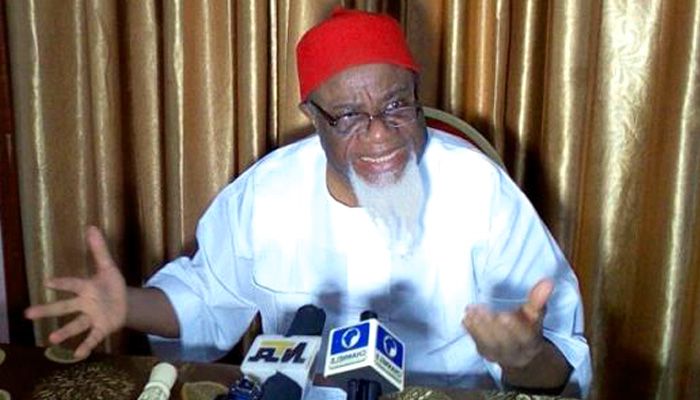 Chukwuemeka Ezeife, a former governor of Anambra State, has said God has approved the emergence of a Nigerian President of Southeast extraction.

Ezeife asserted this on Monday in Awka, Anambra State during a summit for the grand opening of the Global Movement for Igbo Presidency 2023.

The elder statesman noted that people of the Southeast are change agents who believe in developing any region they find themselves.

He stated that the Southeast makes Nigeria looks like a nation, hence should produce the next president in 2023.

“It appears God in heaven is saying it is time for a Nigerian President of Igbo extraction. Other Nigerians seem to believe in Igbo president more than the Igbo people.

“Igbos are the development agents of Nigeria. We make Nigeria look more like a nation. We believe culturally in developing any part of the world we find ourselves in.

NEWS:  2023 presidency: Tinubu should not contest, Igbos ready to go on their knees to beg — Ezeife

“We deserve to be given a chance and I am glad that our people in diaspora and from other tribes unanimously agree that an Igbo president is what Nigeria needs to take the next strides towards development,” Ezeife said.

Recall that the former governor had stated that the Southeast was ready to go on knees in begging to be allowed to produce Nigeria’s next president, in 2023.