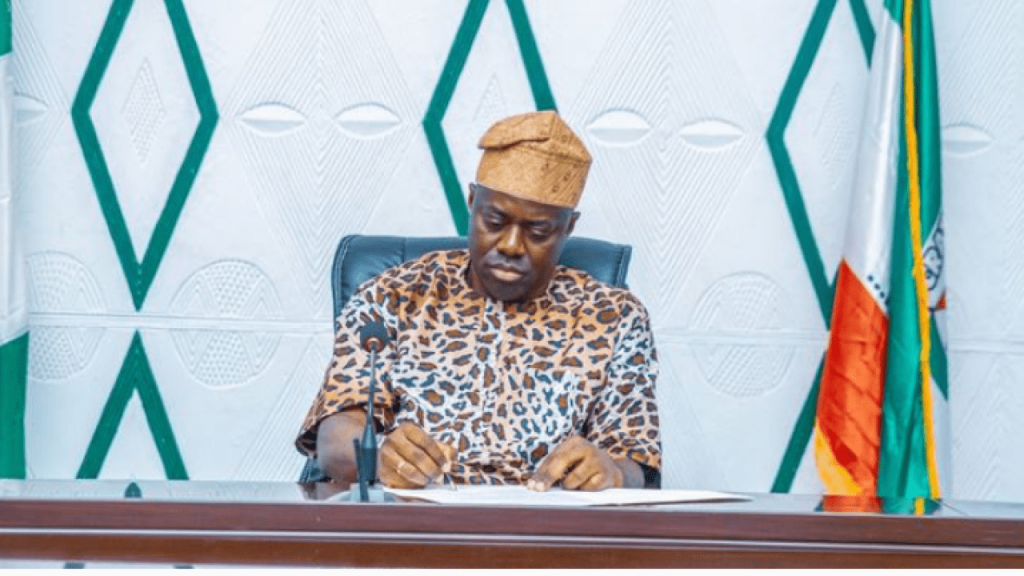 Governor ‘Seyi Makinde of Oyo State, on Tuesday,  announced the dissolution of the state’s executive council.

Those affected included the Chief of Staff (CoS) and  17 commissioners.

The council members who were not affected by the dissolution included the Secretary to the State Government (SSG), Head of Service (HOS)  and the Director General of Due Process office.

A statement by the Chief Press Secretary to the governor, Mr Taiwo Adisa, indicated that Makinde announced the dissolution of the executive council after a meeting of the body on Tuesday, which lasted about five hours.

Governor Makinde, according to the statement, expressed the gratitude of the government and the people of Oyo State to the council members and wished them well in their future endeavours.

The governor equally praised the dedication to duty and the commitment of the council members to the cause of taking Oyo State from poverty to prosperity.

The statement said: “His Excellency, the Governor of  Oyo State, ‘Seyi Makinde, announced the dissolution of the State Executive Council with effect from Tuesday, June 29, 2021.

“Governor Makinde, after a prolonged meeting of the council, told members it was time to retool after two years.

“He, therefore, wished the ex-commissioners the best in their future endeavours.”