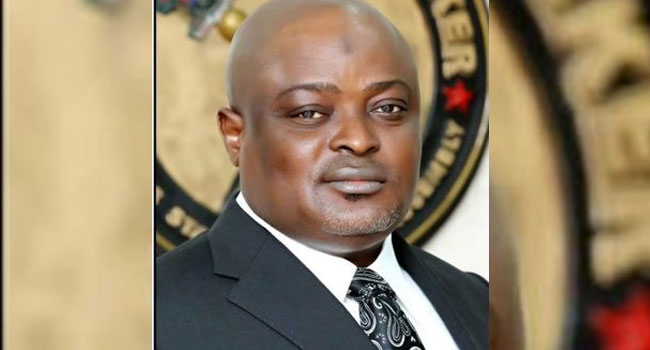 The Lagos State House of Assembly has suspended two of its principal officers – the Chief Whip of the House, Rotimi Abiru, and the Deputy House Majority Leader, Olumuyiwa Jimoh.

Announcing the suspension of the members, the Speaker of the House, Mudashiru Obasa stated that the House was the hope of the people and the heartbeat of democracy and that it should be well guided.

He said, “I, hereby, invoke Section 68 and Section 70 4 (a, b) 2 and 3 of the House Rules in respect of gross misconduct, insubordination, and action that can destablise this House, I hereby move that Moshood Oshun and Raheem Adewale be placed on suspension indefinitely.”

The two decisions were supported through voice votes by the members present during plenary.

The request for the removal of the two principals and change in the leadership was contained in a letter read on the floor of the House by the Clerk of the House, Azeez Sanni.

Sanni stated that the 26 members that signed the letter wished to notify the House “to change the leadership of the House, including Rotimi Abiru as the Chief Whip and Deputy Chief Whip, Olumuyiwa Jimoh.”

The removal of the principal officers and suspension of the two members came amidst speculation that there were critical issues that could divide the House and “that more revelations might come in the coming days.”

Meanwhile, the House has announced the death of a principal legislative officer on Grade Level 12, Debo Adegbesan, who died in the early hours of Monday at the age of 37.

Limit Running From One Diocese To Another.”Remain in Your See and...

Uganda Enthronement: Archbishop Welby and Archbishop Beach — Clash of the...